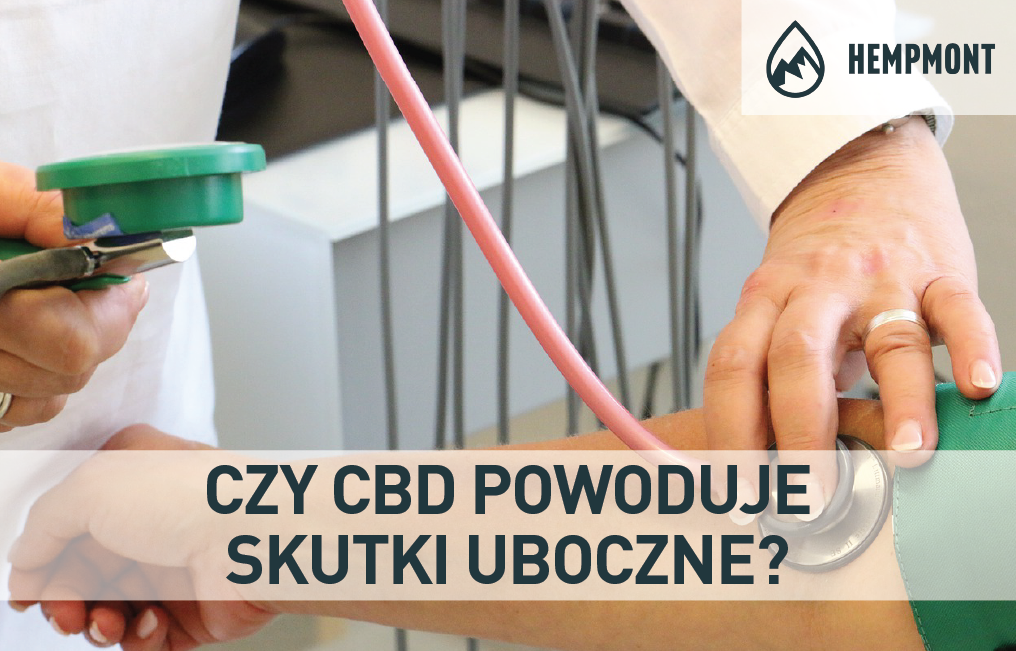 The popularity of CBD oils continues to grow as more and more patients discover their beneficial effects on the body. These properties are confirmed by scientific research. The list of therapeutic effects of cannabidiol is long and growing. Many scientists have confirmed that CBD has an anti-inflammatory and analgesic effect, supports the treatment of insomnia, has a positive effect on people suffering from post-traumatic stress disorder, anxiety, psychosis or stress. Their positive effects on multiple sclerosis patients have been written about, Alzheimer's disease whether Parkinson's disease. And at the same time, unlike THC, which is found in cannabis, it has no psychoactive effects. No wonder the interest in seed cannabis from both patients and the scientific world continues to grow.

While listing the superlatives, one has to ask whether the use of CBD carries the risk of side effects.

Does CBD cause side effects

Side effects - sounds worrying, but it should be noted from the outset that, in the case of CBD, these effects, which may or may not occur, are actually minor. Sometimes these are simply due to poor dosage. In general, however, it is the case that, like other vitamins, supplements or medicines, CBD can also have undesirable effects. This is because everyone's body is different and it is only when CBD oil is taken that any side effects can manifest themselves. However, the opinion of scientists is quite consistent on this issue. Cannabidiol is considered safe and the list of possible side effects is extremely short. However, it is always good to know what you may face when using CBD.

Dry mouth (xerostomia) is the ailment always mentioned first when it comes to adverse effects of CBD use. A blockade of the saliva-producing compounds norepinephrine and methacholine is responsible for this. However, this is not a problem that cannot be dealt with quickly. All that is needed is sufficient hydration of the body. And although dry mouth is not very pleasant, it can hardly be called a serious side effect. You just have to remember to drink water or juices regularly.

CBD oil can cause a drop in blood pressure. In most cases, it is so slight that it goes unnoticed. It is often associated with taking too high a dose of cannabidiol. The rule of thumb is to start with smaller doses and gradually increase them. This is because high doses of CBD cause an increase in anandamide, which reduces the heart rate and dilates blood vessels. The result is a reduction in blood pressure, which often leads to feelings of drowsiness and fatigue. Therefore, anyone with blood pressure problems and taking medication must not forget to have their blood pressure measured regularly and to consult with their healthcare provider.

One of the positive impacts of CBD is its ability to improve the quality of sleep, as well as facilitating falling asleep. It also supports the ability to concentrate. But it can happen that the oil causes increased drowsiness or dizziness. And here the reason may be the use of too large doses of cannabidiol. Therefore, the treatment should be started with small doses and gradually increased.
As mentioned above, CBD can lower blood pressure, which will also induce feelings of drowsiness and fatigue. Sometimes you can misread your reactions and perceive feelings of relaxation and calmness as fatigue. It is also important to remember that CBD has an effect on the nervous system, which can produce these symptoms when taken in too large doses.
When such symptoms occur, it is a good idea to lower the dosage of the amount of CBD oil and observe your body's reactions.

Problems with the digestive system

Diarrhoea is a fairly common ailment that occurs with the use of CBD. Although there are known cases that, on the contrary, CBD oil inhibited diarrhoea. So, as with any other emerging ailment - observe the body's reactions and react immediately, i.e. reduce the dose and increase it again gradually. The problem may be an overload by the cannabidiol on the liver, where it is metabolised. It may also not be the CBD itself, but the oil in which it has been dissolved and which is its carrier. Therefore, if diarrhoea occurs, you can, in addition to changing the concentration, change the CBD oil to one with a different carrier oil used.

In most cases, the use of CBD reduces feelings of hunger, unlike THC, which intensifies hunger. According to the World Health Organisation, ca. 10% taking cannabidiol experience a decrease in interest in eating. This is often related to CBD's reduction of stress levels, which in a large group of patients causes increased appetite (so-called stress overeating). However, there are rare, because rare, cases where the appetite increases.

CBD - contraindications to use

As has been mentioned many times before, the key when taking CBD is to watch your body so that when side effects appear, you react by lowering your dose of cannabidiol. If they are worrying, it is a good idea to consult your doctor. Most often, however, returning to lower doses takes care of the problem.

It can be seen that these side effects are not many and are rather small in calibre, but cannabidiol still remains a great mystery and research into its properties is ongoing. For this reason, it is not recommended for pregnant women or breastfeeding mothers. There are no studies on its effects on the foetus.

This is why any seriously ill person with problems such as blood clotting disorders, heart problems, epilepsy or cancer must report their desire to take CBD to their attending doctor and discuss everything with him or her.

Hemp oils can be compared in their effects to grapefruit, which should not be combined with medicines. Scientists have found that cannabidiol can react with certain drugs, affecting the rate at which they are absorbed by the body, but also the time taken for them to be metabolised in the liver, as it affects the enzymes there. In the most simplistic terms, it looks as if the enzymes focus all their attention on metabolising CBD, as if "forgetting" the drugs, which have to wait their turn instead of taking effect. Therefore, when taking prescription medicines, the desire to include at least a CBD oils consult a doctor.

As can be seen from the above, there are not that many side effects from the use of hemp oils and cannabidiol is generally considered safe. These facts are confirmed by an increasing number of scientific studies, as well as by the World Health Organisation. If any effects do occur, this is most often due to taking too high a dose of CBD. Therefore, when starting to use the oils, the focus should be on observing the body's reactions and, if adverse reactions occur, the dose should be drastically reduced and a doctor should be consulted.