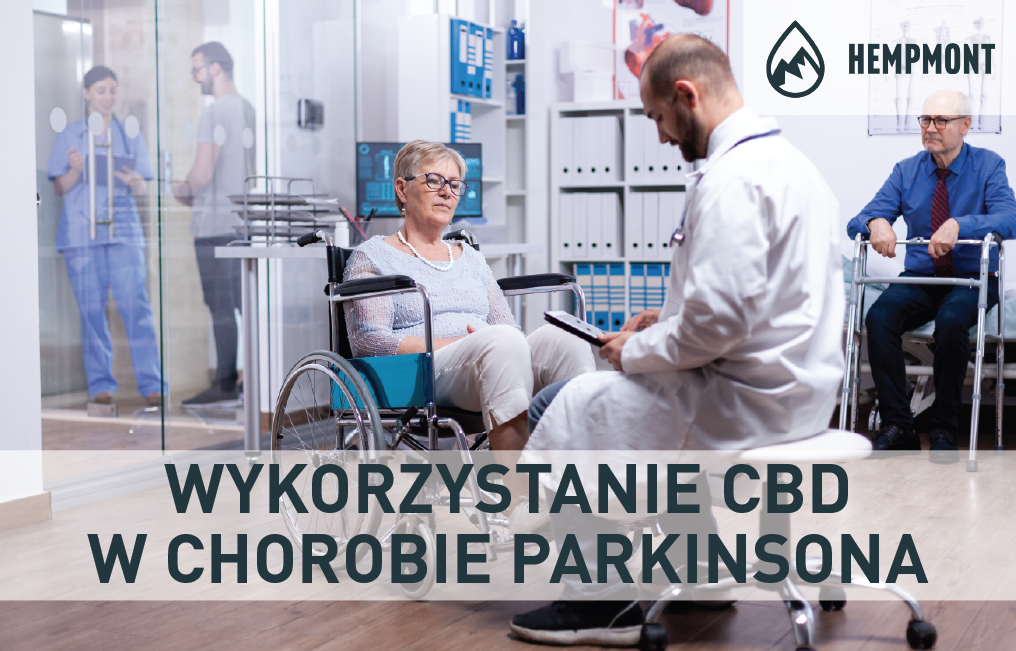 Parkinson's disease (Latin: morbus Parkinsoni) originally by its discoverer, London physician James Parkinson, called postictal tremor (from the Latin paralysis agitans), was recognised and described in 1817. It is a spontaneous, chronic and slowly progressive disease of the central nervous system.

Approximately 70 000 people in Poland suffer from the disease, with more than 7 million worldwide. Its first symptoms usually manifest themselves after the age of 60 (although there are cases of it affecting 40-year-olds) and statistically, the disease affects men more often than women.

Causes and symptoms of Parkinson's disease

Symptoms in Parkinson's disease result from degenerative changes in nerve cells in the black matter. The black matter forms part of the midbrain. It is a broad sheet of the grey matter of the brain. It is distributed on both sides behind the cerebral branches. The consequence of a disruption in the function of the neurons that are located in the black matter is dopamine deficiency and increasing activity of glutaminergic neurons. Dopamine as one of the neurotransmitter molecules is essential for proper signal transmission in the brain, decreasing levels of dopamine disrupts the sending of impulses from the nucleus accumbens, an area responsible for controlling movement.

The main symptoms of Parkinson's disease include:

It is a progressive disease and the above complaints appear gradually from the early stages of the disease. Over time, they worsen and more are added. A great deal of attention has been paid in recent years to the study of extra-articular symptoms, which often become a major problem for patients, significantly worsening the comfort of life and impeding function. These include:

Unfortunately, no cure has yet been invented, nor has an effective treatment or vaccine for Parkinson's disease. It is an incurable disease. It progresses slowly, but nevertheless. Current medical knowledge allows the disease process to be significantly slowed down. Patients are given pharmacological agentsat the same time intensive rehabilitation. The following may also be used deep brain stimulation. It is a surgical intervention involving the implantation of thin stimulating electrodes into deep parts of the brain. It is the method now recommended by all neurological scientific societies for the treatment of advanced Parkinson's disease. Alternative methods are also increasingly emerging to assist patients in the treatment of Parkinson's disease. One of these is the use of CBD.

What is cannabidiol (CBD)

Cannabidiol, commonly known under the name CBD is one of the key ingredients in cannabis seeds. Unlike THC (cannabis), which is also derived from the cannabis plant, only that it is Indian, it does not exhibit any, even the slightest, intoxicating properties.

Preparations made from seed hemp do contain THC, but the amount is trace and even desirable. As a result, both the cultivation and possession of cannabis seeds and any products made from them are completely legal in Poland.

The unique potential of the properties offered by this cannabidiol has been known and exploited for centuries. It is a natural therapeutic agent that has been successful in supporting traditional treatments for many diseases and ailments. One of the diseases for which CBD oils have begun to be successfully used in the treatment of Parkinson's disease. Cannabidiol has been shown to have a beneficial effect in alleviating many of the symptoms of this disease.

Research into the use of CBD oils in the treatment of Parkinson's disease is still ongoing. They are being conducted by American doctors and scientists, but also by Poles and Czechs. The results of the research are truly impressive.

CBD oil, with its broad spectrum of effects, is extremely helpful in alleviating many of the symptoms of Parkinson's disease. The results of studies indicate many ailments that have a milder course or even disappear. In particular, CBD in Parkinson's disease has a positive effect on:

No research team has yet come up with specific dosage guidelines for oil preparations, but the general rule of thumb is to start taking CBD oils with smaller doses and gradually increase them. Their effects should be carefully observed and adjusted as needed. Dosing the oils is extremely simple. The bottles usually come with a very handy pipette, which makes it easy to dose the oil.

The oil is taken by placing it under the tongue for about 2 minutes. This is very important as CBD is hydrophobic (repels water), which results in a significant reduction in its effect when swallowed directly. Applied under the tongue, it will be absorbed quickly and in large quantities.

CBD oils and other products that are made from hemp are completely legal for both production and sale in most European Union countries, including Poland. They can be purchased both stationary and in online shops. However, it is important to choose proven producers. Then we will have a guarantee of the highest quality of CBD oils offered.