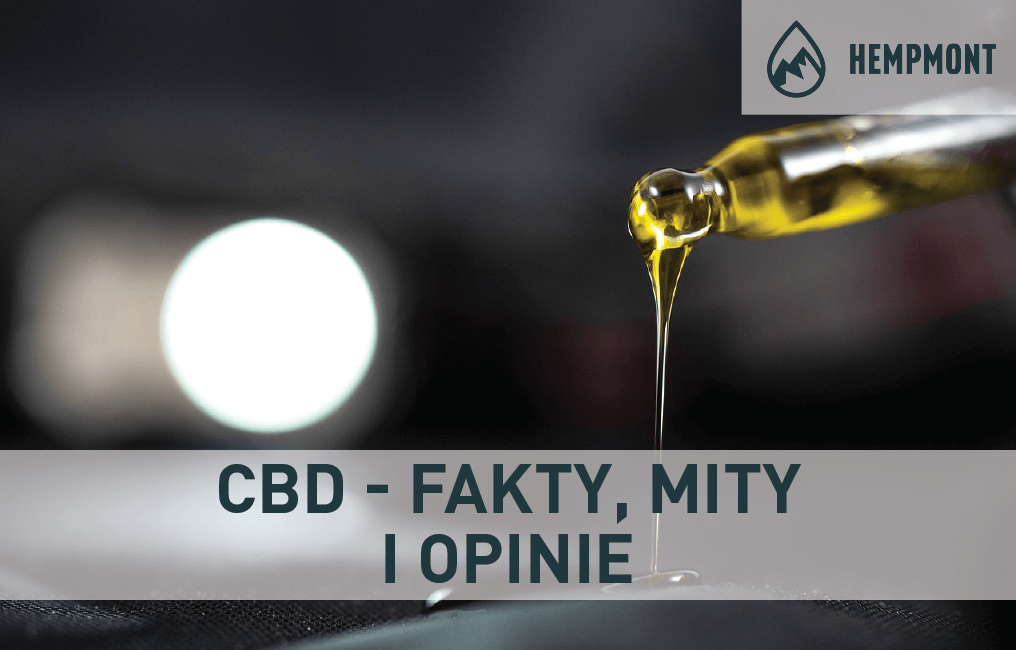 CBD oil (cannabidiol) is formed from hemp. And this information alone is often enough to consider CBD oil a drug. But not the same hemp that contains THC (tetrahydrocannabinol), the psychoactive substance. Most often, the general public does not have this knowledge and does not know the difference, which is why online forums and social media are often full of verbal exchanges, with true information mixed with half-truths and myths. And it is really hard for a layperson to figure out in these emotional conversations what is true and what is false. And unfortunately, a substance with great healing and therapeutic potential, namely CBD oil, loses out on these discussions. That is why the following is about facts and myths.

The chemical structures of both CBD and THC admittedly differ little, but CBD does not contain lactones, the organic chemicals among which are the psychoactive ones. Instead, it contains 2 phenolic groupings. The difference in structure is really small, but the effects are radically different.

THC, or actually delta-9-tetrahydrocannabinol, is a psychoactive compound contained in cannabis strains. In Poland, as in most countries around the world, it is illegal.

CBD, on the other hand, is cannabidiol, which has no psychoactive properties, but has a positive effect on cognitive function, reduces pain levels, improves sleep quality and has a positive effect on mood. And this is only a small part of its benefits. In Poland, CBD products are legal and generally available, provided that their THC content does not exceed 0.2%. When this level is exceeded, the product is withdrawn from the market.

Nothing of the sort, each of these substances is a different product:

MIT III - CBD is an addictive and intoxicating substance

The most common opinion about CDB is the claim that it intoxicates. This is not a true claim. CBD calms and quiets the mind, but does not cause any neurobehavioural disorders in the process. In other words, it does not exhibit psychotic effects.

Because CBD oil is made from hemp (hemp seed, a.k.a. fibre), this information alone is often enough to make people think it is a narcotic substance. It is not. Instead, it is THC, also a product of the cannabis plant, but of the Indian hemp plant, which is considered a narcotic and illegal in Poland.

CBD affects the metabolism of eicosanoidswhich regulates inflammation, collagen production and blood vessel function, and this effect is quickly noticeable. This is due to the fact that CBD stimulates the release of arachidonic acid. This is probably related to the fact that CBD exhibits anti-inflammatory properties. However, the mechanism by which this anti-inflammatory effect occurs is still unknown.

Cannabidiol shows a whole spectrum of beneficial effects in the context of mental disorders. It nullifies, for example, some of the effects after taking THC, has an anti-anxiety effect and also supports the treatment of nicotine and alcohol addiction. It has also antipsychotic properties. It can alleviate depressive symptoms, but also manic states.

A study was carried out in 2014, which have shown the beneficial effects of CBD on patients suffering from anxiety and depression.

Another severe disease that CBD has been successful in treating is epilepsy. Epidiolex, a drug with orphan drug status, has been produced in the US. This means that the cost of research as well as production is higher than the expected profits. Therefore, the pharmaceutical industry would be unlikely to produce such a drug without subsidies. But studies conducted on both children and adults have shown that CBD significantly improves both the health and comfort of epilepsy sufferers. In this case, it is presumed that cannabidiol has an inhibitory effect on glutamate secretion. The lack of side-effects at this stage of the drug's use is also an important consideration here, guiding research into the CBD as an alternative to drugs with strong side effects. And that is why, getting such good effects from CBD, both research and production are supported by subsidies.

There are also an increasing number of reports on the anti-inflammatory properties of cannabidiol, which has beneficial effects in ischaemic liver failure (which happens, for example, after a liver transplant or other organ surgery), for encephalitis caused by septicaemia (anti-inflammatory and vascular stabilising effects were observed) or pneumococcal meningitis (anti-inflammatory effects and reduction of adverse effects in the form of changes in cognitive function were demonstrated).

A very large number of research institutes around the world are investigating the effects and possibilities of this cannabidiol. The reason is simple. Not only does CBD show great efficacy, a very broad spectrum of action, but at the same time it appears to be a substance with great safety in use.

The information policy on CDB oil is basically nonexistent. The source of knowledge is often social media, where anyone can write any opinion they want, whether they have knowledge of the subject or not. Often you can read: "I've been using for a few days and I don't feel anything". As if cannabinoids have the power of a magic wand. It has no such power and the rules for its use should be strictly followed. Each condition involves the use of a specific dose of oil, at a specific frequency and for a specific period of time. Every organism is different, so the speed and intensity of the cannabinoid's action will also vary. The way CBD oil is taken is also important. Although it is somewhat unpleasant to taste, it should be applied under the tongue and try to keep it there for 1-2 minutes. If it is swallowed immediately, its absorption decreases significantly. The reason is that the oil is hydrophobic, i.e. repels water, so it is a problem for the body to absorb it.

It is important to realise that there is no one-size-fits-all CBD dose for everyone. Several aspects need to be taken into account in order to determine it, such as age, weight and history of medication. It is also important to know if and what additional medicines you are taking.

It is also important to read the leaflet carefully before starting use, where you will always find the relevant guidelines.