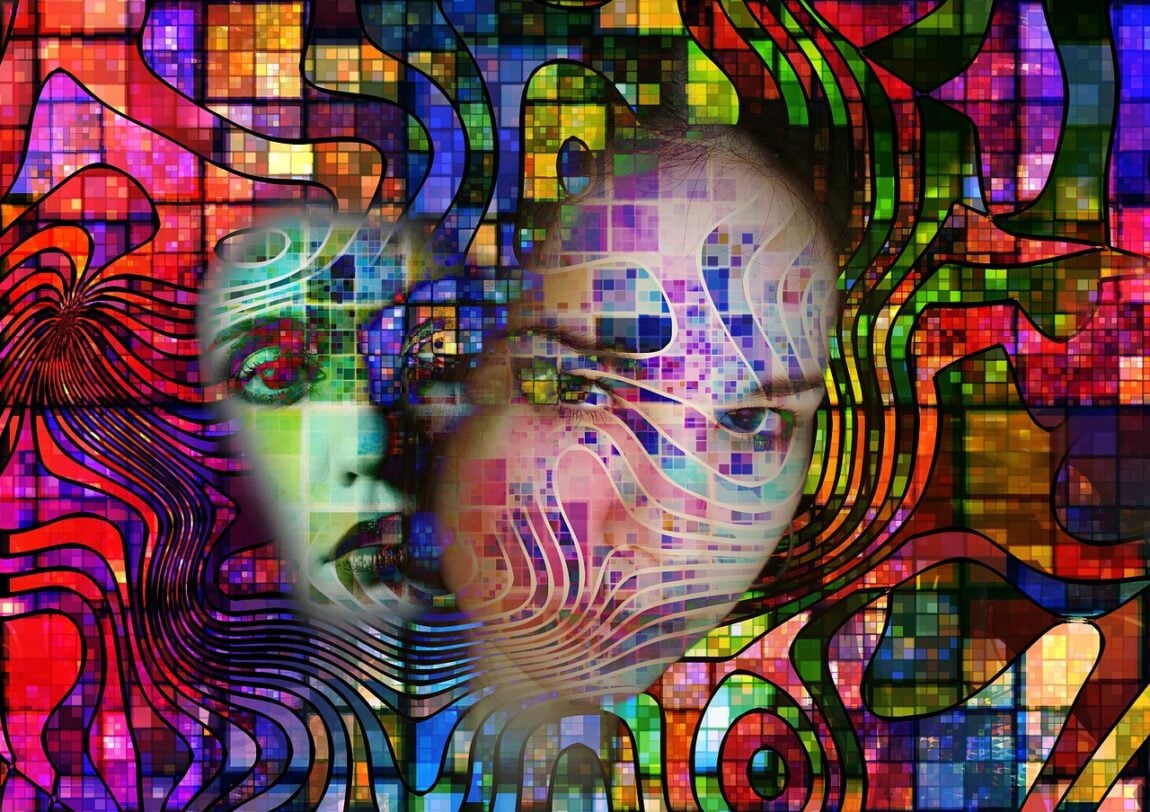 Due to the fact that cannabidiol (CBD) exhibits antipsychotic effects, it has come to the attention of both scientists and doctors, but also of patients who struggle with schizophrenia. This is because it has emerged that it can be an important element in the treatment of this disease.

Symptoms and diagnosis of schizophrenia

Schizophrenia is an illness classified as a psychosis. These are conditions characterised by inadequate perception, perceptions, perceptions, experiences and judgements of reality. People with schizophrenia have a severely impaired ability to make a critical, realistic assessment of themselves, their surroundings and their relationships with others. They may also be incapable of any assessment.
The disorders that are characteristic of schizophrenia are primarily:
It is not that all these symptoms apply to every person. They vary from patient to patient. Most commonly, however, they are all affected by a sense of alienation and living in an alternative reality. With the caveat that the intensity of the symptoms keeps changing and life with the sufferer resembles a sine wave. This is because the changes in behaviour and types of delusions are often quite different from day to day.
The basis for the diagnosis of schizophrenia is the medical history, through which the doctor can assess whether the patient is ill. It is important that the complaints experienced by a particular person meet the time criteria, i.e. they must have lasted for at least one month. It is also crucial to rule out other illnesses whose symptoms may coincide with those of schizophrenia before making a proper diagnosis.

Schizophrenia is unfortunately a chronic illness and its course includes periods of both exacerbation and remission, i.e. relief of symptoms. Their frequency is an individual feature of the patient, but also depends on the type of therapy used and the patient's compliance. The patient must also take antipsychotic medication, which can be divided into two generations. They differ in their ability to relieve specific symptoms, but also in the occurrence of side effects.

However, in many aspects of the illness, the patient has to cope on his or her own, such as social anxieties and impaired emotional responses. And this is where the really big problems arise, as the inability to function normally worsens, leading additionally to depression. This in turn results in suicidal thoughts and, subsequently, attempts to carry them out. For as many as 1% suffering from schizophrenia, these attempts end in death.

This is the reason for the growing interest in cannabidiol (CBD) and the increasing number of studies conducted with it. These have been and are being carried out on animals, but also on humans.

In the conclusions of a study conducted by Austrian researchers in 2017, it is clear that mice that were tested with cannabidiol regained their ability to concentrate. But it doesn't stop there. Their working memory has also increased and they have normalised their social behaviour enough to make it acceptable.

This is excellent news, especially as the drugs used previously were unable to restore these lost vital functions to patients. Also important in the conclusions of the study is the fact that pure cannabidiol was used, without the addition of other cannabinoids, especially RHC, which the Austrian researchers found to be downright undesirable.

Cannabidiol (CBD) as an adjunctive therapy in schizophrenia

Cannabidiol was discovered relatively recently and knowledge of its positive effects on equal conditions is still very modest. It is therefore surprising that, in the case of schizophrenia, the amount of research into the use of CBD oils in therapy is already truly impressive. And this includes research on humans.
In 2017, The American Journal of Psychiatry published in its pages the content of a study on CBD as an adjunctive therapy for the treatment of schizophrenia.
This study was conducted using a double-blind method in parallel groups. Half of the patients were randomly allocated to the group taking the CBD oil (1000 mg/day; N=43), the other half to the group receiving placebo (N=45) together with antipsychotic medication. Participants were assessed very comprehensively both before and after treatment, using the Positive and Negative Syndrome Scale (PANSS), the Brief Assessment of Cognition in Schizophrenia (BACS), the Global Assessment of Functioning (GAF) scale and the Clinical Global Impression Improvement and Severity Scale (CGI-I and CGI-S).
After the six-week study, patients taking CBD had lower levels of positive psychotic symptoms and were more likely to report recovery than those given placebo. The CBD group in terms of cognitive performance also showed greater improvement. While pointing out that CBD was well tolerated and adverse event rates were similar in both groups.
The conclusion of the study is therefore that CBD has a beneficial effect on patients struggling with schizophrenia. And the fact that the effects following the use of cannabidiol do not appear to be dependent on dopamine receptor antagonism, predestines this substance to be the basis for a new generation of drugs that will not only effectively support schizophrenia sufferers, but which are also substances that are safe for the body.
All the signs are therefore that a drug based on cannabidiol will be developed before long. Before it appears on the market, however, it is certainly worth trying out CBD oils, of course in consultation with and under the supervision of the attending physician.
Bibliography: