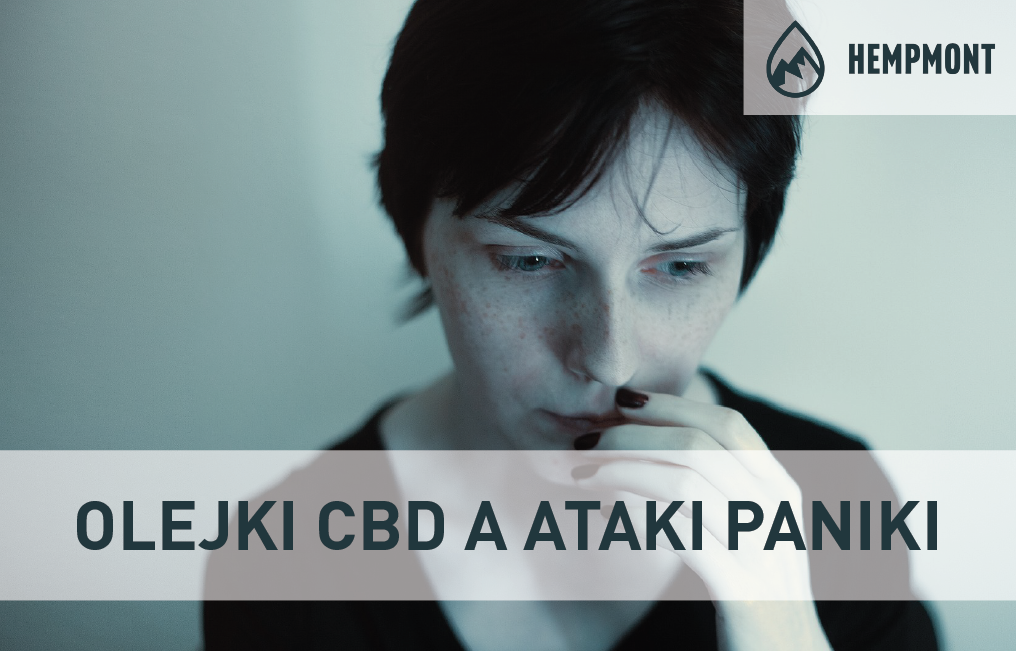 The world around us is rushing forward, and we are trying to catch up with this world. We chase and chase, and when it gets too far away we get anxious. We take a break in this chase, come home and it's another world that doesn't always let us catch our breath. And stress again. And anxiety again. Living under stress is the scourge of our times. If we can't control it, can't de-stress to gain distance, small fears turn into bigger and bigger ones. Until eventually we get to know what a panic attack is.

Although it may also be that panic attacks are a consequence of traumatic experiences. There are many ways to cope with stress, anxiety and also panic attacks themselves. These can include visits to a psychotherapist, sport, meditation, in extreme cases medication. But at any stage, it is always a good idea to support yourself with CBD oil. It is a cannabidiol extracted from the cannabis plant that calms, soothes and relaxes without having psychotropic properties.

What are panic attacks

Doctors are sounding the alarm that mental health is steadily deteriorating and an increasing number of people are affected by mental disorders. The result of a mental disorder caused by various factors can be precisely a panic attack, which is one of the symptoms of anxiety.

A panic attack occurs unexpectedly, it can even happen while sleeping. The reasons vary, but they are always preceded by states of nervous tension. Different people are afraid of different things, sometimes it is even a fear of anxiety. This can even lead to people stopping to leave the house for fear of a situation that will trigger an anxiety attack. Such a condition eventually becomes accompanied by depression. However, all these disorders can be treated.

Panic attacks usually start in young people entering adulthood. It affects some 2-3% adolescents and adults, with it happening to women twice as often. They are diagnosed patients. But a whole lot of people do not know that their suffering is due to a disorder that can be diagnosed, named, treated and, most importantly, cured.

A panic attack is a sudden-onset, brief episode of high-intensity fear (feeling of panic) that builds up to reach a peak within a few minutes. It then passes spontaneously. A panic attack usually lasts from a few to several minutes. This does not mean that it cannot last longer, but it is generally assumed, to distinguish it from other disorders, that it does not last longer than 2 hours. It occurs as a result of an event, it is the result of an illness, but it can occur without any discernible cause.

They are accompanied by a variety of unpleasant somatic gets, which will vary from person to person, but the most common are:

The type of disorder is, of course, diagnosed by a doctor or therapist and only when correctly diagnosed, then correctly treated, does it lead to a cure. The treatment process often involves the use of drugs and pharmaceuticals to support the therapy. Scientific studies show that one preparation that can effectively support the fight against anxiety attacks is CBD oil. In recent years, this natural cannabidiol has become an increasingly popular alternative to pharmacology.

Research is continually being conducted into the properties and use of CBD in the treatment of a great many diseases and ailments. One direction of research is precisely the effects of the oil CBD on the body in the context of precisely panic attacks. It is not yet known exactly how cannabidiol interacts with the human brain. The researchers' preliminary conclusions are that it affects one of the receptors found in the brain, namely CB1. It appears that cannabidiol interacts with CB1 to support the production of serotonin (the happiness hormone). And it is serotonin deficiencies that may underlie anxiety disorders.

Prolonged stress, which results in a faster heartbeat, increased heart rate and blood pressure, undoubtedly also contributes to panic attacks. Studies on cannabidiol have shown that the intake of CBD oils helps to evacuate irrational fears and reduce the occurrence of panic attacks.

The science of CBD for treating anxiety

At the University of Sao Paulo in Brazil, a clinical study was conducted in 2011 on a selected group of people suffering from anxiety and experiencing panic attacks. One group took CBD oil, the other a placebo. The results highlighted the positive effects of CBD on the limbic and paralimbic parts of the brain. And the study participants themselves confirmed a significant improvement in their condition, as a result of reduced anxiety. Those taking the placebo did not notice any change.

By contrast, a 2017 study in New York found that the use of CBD oils can be effective in the treatment of all anxiety disordersThese include generalised anxiety, social anxiety and also panic attacks.

The use of CBD oils is becoming more and more widespread, and the prejudices that arose at the mere sound of the word 'hemp' are slowly disappearing. CBD is a natural, safe and, most importantly, effective substance that is increasingly used in therapeutic processes, including for stress, anxiety and panic attacks.