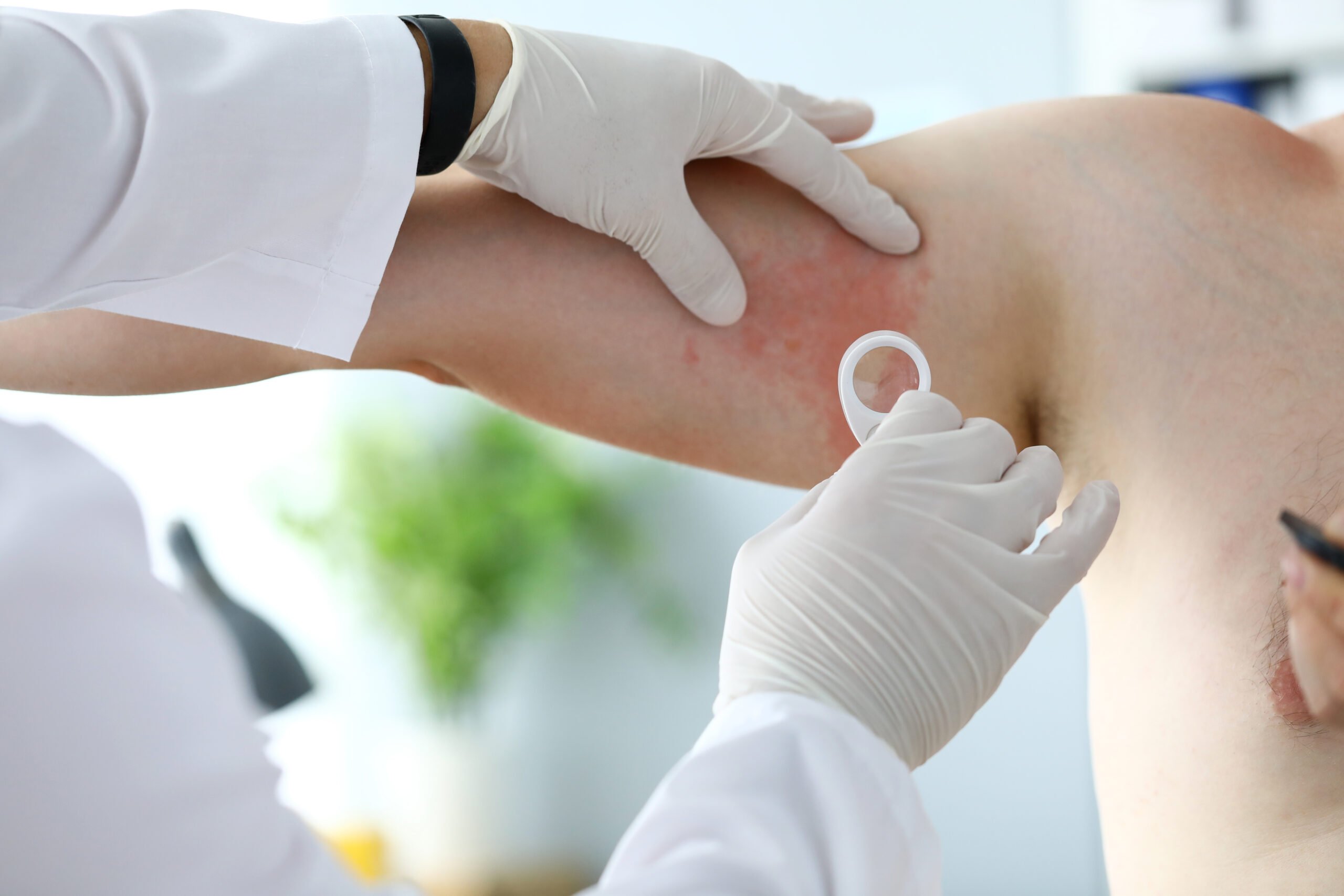 More and more people are now suffering from persistent skin lesions of a recurrent or incidental nature. The main factor why they bother patients is health-related, but sometimes it is also simply aesthetics. Sometimes such a skin lesion is the first to appear in the case of an impending illness, in which case a doctor's appointment should be made immediately if there are worrying symptoms. However, such lesions or irritations are also often the result of allergies, care errors or improper wound healing. Most benign skin lesions, however, can be treated in the comfort of the home without the use of pharmacology. And this is where the question arises, Can CBD oils be used on skin lesions? When to use CBD oils for skin lesions? All these doubts will be answered in this article, based on the results of recent studies.

CBD is one of the more popular ingredients in cannabis seeds and is considered to be very effective in treating a number of ailments. In recent years, scientific studies have increasingly confirmed its health-promoting properties, and more and more people are choosing to use CBD to treat skin conditions. It is a natural substance with calming and relaxing effects, which is why it is used to treat many ailments. It is also a powerful antioxidant that helps protect the skin from oxidative damage and inflammation. CBD is also rich in flavonoids, which have anti-inflammatory and soothing effects on the skin, so it helps to treat dry and irritated areas. This is certainly due to its anti-inflammatory and soothing effects. CBD is also a rich source of vitamin E, which is known for its moisturising and regenerative properties. CBD works by regulating sebum function and collagen production. In the case of acne, it helps reduce inflammation and reduces sebum. For eczema, CBD soothes irritation and reduces inflammation. For psoriasis, CBD helps to reduce skin keratosis and relieves itching.

How do CBD oils work on skin lesions?

CBD acts on the human body through its effects on the endocannabinoid system (ECS) by binding to CB1 and CB2 receptors present in many systems in the human body, including the nervous system, immune system, digestive system, and recent research has also shown that these receptors are found in skin cells. CBD can modulate the action of each system and affect various bodily functions, which depends on the dose.

The skin serves as a protective barrier against environmental factors that can lead to the production of reactive oxygen species. Oxidative stress causes cell damage and can lead to chronic inflammation if not controlled. It also affects skin diseases and skin ageing Keratinocytes are the main cell type of the epidermis and are particularly sensitive to environmental stressors. A study using just human keratinocytes showed that CBD is able to penetrate the cells and offset the oxidative stress response resulting from UVB radiation and hydrogen peroxide. The study also found that CBD has a protective effect against peroxide-induced reduction of polyunsaturated fatty acids in the cell membrane, helping to protect membrane integrity.

Psoriasis is a chronic skin condition caused by inflammation in the body that can be very troublesome. It manifests as excessive flaking of the epidermis and dry, itchy skin. Psoriasis can affect anyone - scientists estimate that more than 125 million people suffer from it worldwide.

Studies have shown that this CBD, known for its anti-inflammatory properties, used internally and externally in therapy can produce interesting results. Hemp ointments with a natural moisturising carrier such as though shea butter, soothe existing psoriasis lesions, moisturise irritated areas and calm them, while the addition of CBD has an antibacterial and anti-inflammatory effect and the vitamin E contained regenerates and moisturises the skin. When used internally, CBD oil rich in fatty acids also has a positive effect on skin condition, and CBD as an analgesic and antioxidant helps to reduce inflammation in the body.

The main factors associated with the formation of, acne are sebum overproduction, unwanted sebaceous cell proliferation and inflammation. ECS is known to play a key role in skin homeostasis, specifically in lipogenesis. Several in vitro studies indicate that CBD may be a novel therapeutic agent for the treatment of acne by acting on pathways related to sebum production, sebocyte proliferation and inflammation. It should also be noted that CBD does not only reduce lipid production, but rather normalises lipogenesis.

An imbalance in the skin microbiome can also contribute to acne formation. Specifically, excessive growth of Cutibacterium acnes (C. Acnes) has been linked to acne formation for over 100 years. Therefore, the known antibacterial effects of CBD may also prove effective in treating acne. In an in vitro study by Jin et al. hexane hemp seed extract (HSHE) showed antimicrobial activity against C. acnes, while inducing inflammation and lipogenesis in sebaceous cells at the molecular and cellular levels. As i, in a clinical study involving men with facial cheek acne, 3% hemp seed extract containing cream led to a reduction in sebum and erythema.

Atopic dermatitis (AD) is a chronic inflammatory skin disease associated with multifactorial causes such as environmental factors, damaged skin barrier function, microbiome imbalance or genetic predisposition. In a recently published study by Petrosino et al. CBD was shown to have anti-inflammatory effects in an experimental model of allergic contact dermatitis.

The impact of an imbalanced microbiome, particularly due to colonisation and biofilm formation by Staphylococcus aureus (S. aureus) bacteria, has also been shown to be an influential factor that can contribute to the severity of dermatitis. As with bacterial skin infection, CBD can combat bacterial growth and contribute to faster skin recovery.

Bacterial skin infections are always caused by bacteria such as streptococcus, staphylococcus or other Gram-negative bacteria, as well as other bacterial skin diseases such as rubella, erythematous dandruff, actinomycosis or Lyme disease. Studies have shown that CBD together with another cannabidiol CBG (mainly known for its anti-stress properties) have potent effects against various gram-positive strains of methicillin-resistant Staphylococcus aureus (MRSA). The study also characterised CBD as an auxiliary compound that enhances the action of the antibiotic bacitracin ( BAC). The value of BAC was significantly reduced to at least 64-fold reduction for MRSA, MRSE and E. faecalis bacterial strain when combined with ½ the MIC of CBD compared to the MIC of BAC alone, showing really promising results.  The results of this study showed that CBD soaked up the potency of the antibiotic on the aforementioned bacteria, by as much as 50%, thus reducing the dose of the drug. This synergistic effect also reduced bacterial viability by 6-log10 cfu/ml compared to treatment with CBD or antibiotic alone.

Results from the combined effect of CBD and an antibiotic on gram-negative bacteria showed that such a combination was unfortunately ineffective. Due to its strong antimicrobial properties against Gram-positive bacteria, cannabinoids can be used as an effective adjunctive compound in combination with known antibiotic-resistant antimicrobial substances that cause skin diseases and other infections.

CBD oils for the scalp

CBD for the scalp is one of the most popular cosmetic products lately. It has many benefits that can help treat a variety of skin problems. CBD is a powerful antioxidant that can fight free radicals and protect against oxidative stress damage. It is also rich in fatty acids, which help to keep the skin hydrated and supple. With its soothing and moisturising properties, CBD can help treat dry skin, psoriasis, eczema and acne. It is often an additive in many shampoos, conditioners or hair growth rubs available in pharmacies or drugstores. Studies have also shown that when applied in low concentrations to the scalp, it helps hair growth.

CBD is one of the more popular ingredients in cannabis seeds and is considered to be very effective in treating a number of ailments. In recent years, scientific studies have increasingly confirmed its health-promoting properties, and more and more people are choosing to use CBD to treat skin conditions. This cannabidiol is also the subject of a great deal of research, which will certainly see the light of day in the near future and allow us to understand even more thoroughly the complexity of its properties and mechanism of action on the human body. In order to achieve the best possible results with cbd treatment for skin lesions, it is necessary to work in two directions - from the inside by supplementing with CBD oil and from the outside by applying CBD ointment to the affected areas.