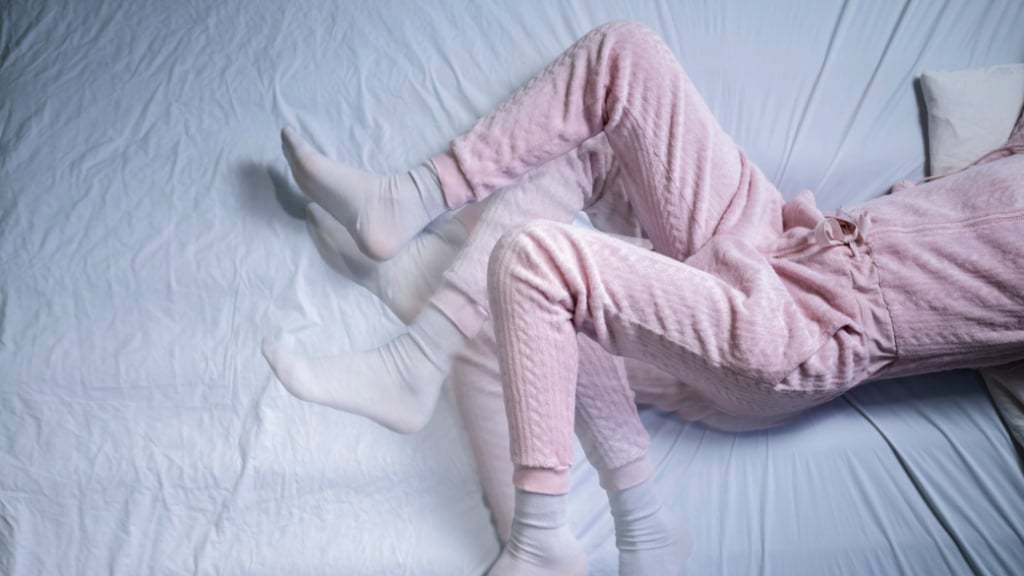 Restless legs syndrome RLS is a collection of characteristic symptoms, usually of neurological origin, which mainly include:

Although the symptoms do not sound threatening, this disease can effectively make normal functioning miserable. All these symptoms effectively prevent evening and night rest, and therefore significantly affect sleep and its quality. Patients often complain of insomnia and problems falling asleep, despite extreme fatigue. They also suffer from impaired concentration, low productivity and reduced mood, which can lead to depressive disorders.

Restless legs syndrome affects approximately 5-10% of the population and most often has no genetic basis. Low brain iron levels and problems with the part of the brain responsible for controlling movement are usually responsible for this condition. This part uses dopamine to do this, and this is where a problem with the production of dopamine can be the cause of this disease. Not everyone is willing or able, due to co-morbidities, to use drug treatment, so in this case look for a remedy from natural medicine. Does CBD oil help with restless legs syndrome? What CBD oils for restless legs syndrome?

In a 2017 study of six patients suffering from typical symptoms of restless legs syndrome, the use of CBD produced surprisingly good results. They did not tolerate other treatments and experienced troublesome side effects during their use. Particularly when it came to pharmacological remedies for the symptoms of this condition. When using dopamine agonist drugs, three patients in this group noticed a tendency to overeat and compulsive shopping in addition to the lack of results with pharmacology. A further three patients discontinued the drugs altogether, due to increasing tolerance to them and lack of result from the therapy. Using CBD, however, all the subjects unanimously reported that their symptoms decreased by as much as 50%, their pain was significantly reduced and their sleep quality improved dramatically, their mood improved and they also observed a feeling of relaxation. This kind of news makes patients incredibly optimistic, and what's more, the risk of side effects from using CBD according to this study was less than 1%, while that of pharmaceutical drugs was over 20%. This is because cannabinoids exert their analgesic effect by acting on receptors in the brain via descending modulation, which directly affects the spine and peripheral nerve, as well as by regulating neuroimmune interactions mediating inflammatory hyperalgesia.

One of the main problems found in restless legs syndrome is widespread insomnia. As CBD influences the functioning of the human endocannabinoid system by regulating and exerting effects on receptors in the brain, it thus improves neurotransmitter communication. The same effect is manifested by SSRI drugs, but CBD treatment does not cause such side effects. The use of CBD also makes sleep deeper and longer, and in the morning one wakes up rested and full of strength. It also eliminates sleep problems and lowers blood pressure, putting the body in a state of relaxation and rest. The use of a combination of CBD and CBN is also worth noting. This synergy of the two cannabinoids produces even better results in terms of deeper sleep and sedation.

CBD oil also has a calming and analgesic effect. Thanks to its anti-inflammatory and antioxidant properties, it provides relief even in instensive pains such as neuropathic or post-operative pains - all thanks to the modulation of the human endocannabinoid system by CBD.

In this case, it makes the most sense to start with a concentration of 10% used 3 times a day and choose a proven oil with the full spectrum of cannabinoids, with a composition confirmed by studies, so as to benefit from the beneficial effects of all the substances, not just CBD. For the sake of your own health, use a certified oil that is free of contaminants such as fungi, moulds or heavy metals. This is extremely important if you want to achieve the desired result. Therefore, it is also a good idea to use our dosage calculator to determine the optimal dose.