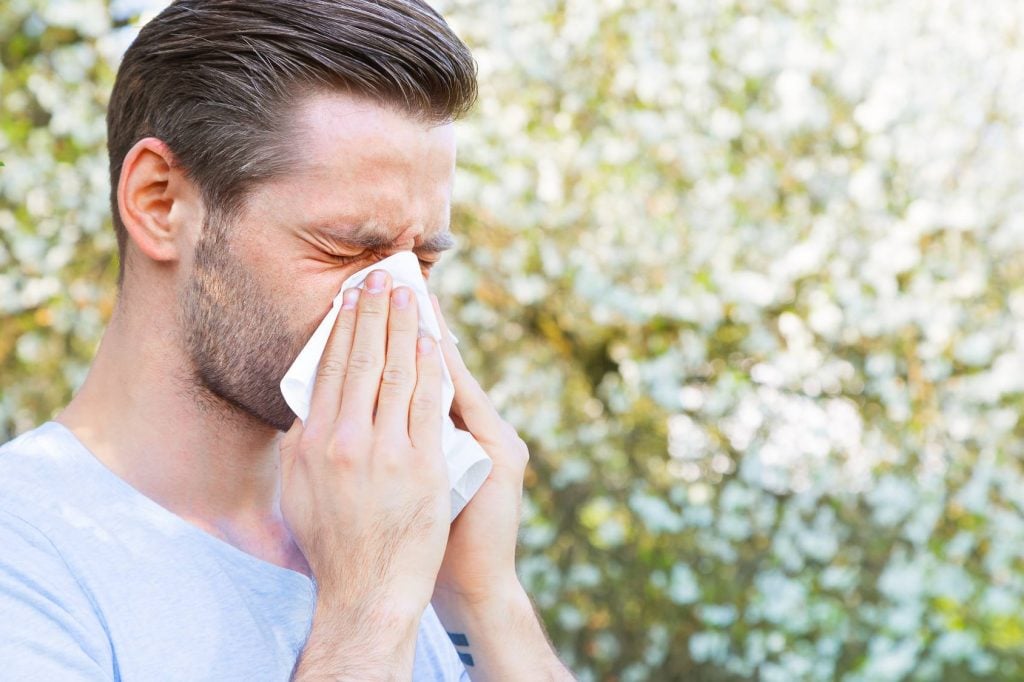 Allergies in today's society are unfortunately an increasingly common problem faced by many people around the world. They can be caused by a variety of factors, such as pollen, dust or food, and can manifest themselves in various complaints such as sneezing, runny nose or itchy skin. Allergies of various kinds have now even become known as the diseases of civilisation in the 21st century. Who among us does not know at least one person who is allergic to something and is severely affected by it? Although the prevalence of allergies varies all over the world and depends on a number of factors, such as the environment in which we live, our genes and our lifestyle, it is estimated that according to the World Health Organisation (WHO), up to 30% of the population may be affected, affecting adults and children - even newborns. The condition is often treated with antihistamines, but many people seek alternative treatments that are less taxing on the body, especially in the elderly and children. This raises the question of whether CBD oil helps with allergies? Which CBD oil for allergies? Which CBD oil to buy for allergies?

Allergies and their symptoms - CBD oil for allergies

Allergy is, broadly speaking, an abnormal response of the human immune system to substances apparently harmless to healthy people, called allergens. When this system comes into contact with allergens, it gives a signal for the production of antibodies to combat the potential enemy. Allergies occur when the immune system overreacts to substances present in the environment, such as pollen, pet dander, mould, mites or food or medication. Allergic reactions can range from mild to life-threatening. The symptoms of an allergic reaction can vary from person to person and depend on the severity of the allergy. Typical allergy symptoms include:

In more severe cases, anaphylaxis may occur, which can lead to breathing difficulties.

The biggest culprit of allergic symptoms is histamine. We are confronted with it when a larger amount of an allergen enters the body for a second time - this is when the allergic reaction begins. The allergens immediately bind to the IgE antibodies and start fighting on the cell surface. As a result, the membrane of the cells is damaged and pro-inflammatory substances (e.g. histamine, leukotrienes) are released from inside the cells, thus causing inflammation in the body, which is why allergy is classified as an inflammatory disease, for which CBD has a great effect.

How does CBD work on allergies?

CBD has shown promising results in the treatment of allergies. As we mentioned above, allergies cause inflammation in the human body, which is why CBD oil for allergies can be so helpful. The anti-inflammatory, antioxidant and even anti-allergic properties of CBD can help reduce allergy symptoms such as sneezing, itchy and watery eyes. It has also been found to help with nasal congestion and other respiratory symptoms associated with allergies. In addition, CBD is known to reduce stress levels, which can help reduce the intensity of an allergic reaction. CBD is generally considered safe and can be taken orally or topically, depending on the symptoms being treated.

CBD acts precisely by affecting the CB1 and CB2 receptors. Some of the anti-inflammatory effects of CB1 ligands can be attributed to a sustained increase in cAMP levels, which in turn causes inhibition of mast cell degranulation (they are part of the connective tissue structure of the skin and mucous membranes). These mast cells contain a large number of mediators that are responsible for allergy symptoms such as a runny nose or scratchy throat, and their degeneration, which is possible  thanks to the contribution of CBD, it thus causes a reduction in histamine levels.

Another beneficial property of CBD oils is their diastolic effect. This is important in the context of allergies, as patients may also experience smooth muscle spasms and the consequence is often bronchoconstriction, resulting in restricted airflow through the respiratory system. Studies show that the use of CBD oils can significantly reduce these spasms, as well as reducing the sensitivity of the respiratory system caused by exposure to allergens.

What is worth knowing is that allergy sufferers are not recommended to use dried CBD. Rather than helping, this would further irritate the airways already strained by the disease. The safest way to use CBD oil is to apply an appropriate amount of drops under the tongue. Not only is this an effective way of absorbing the maximum dose of cannabidiol, but it is also safe for respiratory sufferers.

Which CBD oil for allergies?

When choosing a CBD oil for allergies, it is wisest to start with a concentration of 10% if one has no previous experience of using CBD. You can start using it 3 times a day, a few drops at a time, while remembering to choose a proven oil with a full spectrum of cannabinoids, with a composition confirmed by research, so that you benefit from the beneficial effects of all substances, not just CBD. For the sake of your own health, use a certified oil that is free of contaminants such as fungi, moulds or heavy metals. This is extremely important if you want to achieve the desired result. Therefore, it is also a good idea to use our dosage calculator to determine the optimal dose.

Researchers have concluded that, on average, the number of allergy sufferers doubles every 10 years. The data says that one in four Poles struggles with allergies and it is highly likely that this number will continue to rise. CBD as an anti-inflammatory can show great effectiveness in treating allergies, as this ailment has been classified precisely as one of the body's chronic inflammatory conditions.

3 "The effects of cannabidiol on the antigen-induced contraction of airways smooth muscle in the guinea-pig" A.Dudášová, S.D. Keir, M.E. Parsons, A. Molleman, C.P. Page 2013