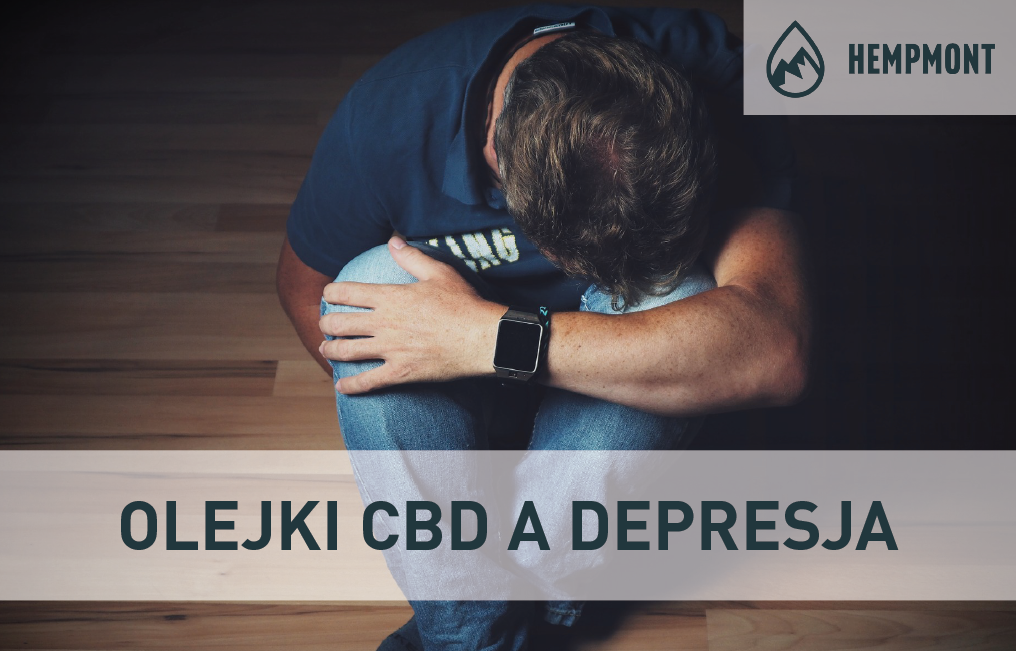 Depression is Latin depressio 'depth' from deprimere 'to crush', telling, isn't it? According to the World Health Organisation, depression is the fourth most serious illness affecting people worldwide. Around 350 million people suffer from depression. This is more than live in the entire United States.

Deep sadness, depression, low self-esteem, loss of interests, feelings of guilt, pessimism, lack of joy that a healthy person derives from life, anxiety, concentration disorders, circadian rhythm disorders (insomnia or excessive sleepiness) and often suicidal thoughts - these are the problems that every twentieth person on Earth, and among them one and a half million Poles, has to deal with, i.e. depression. And everyone is looking for a way to break out of this vicious circle. In this article, we will tell you how CBD oil works and how it can help in the fight against depression.

What depression is and how it is treated

Depression is said to be the disease of civilisation in the 21st century. Although it most often affects mature people, over 40 and more often women than men, it can actually affect anyone. Rich or poor, educated or uneducated, it makes no difference. What is the reason? There is not one. It could be a traumatic experience or it could be a sequence of events that lasts for years. There is no rule.

In most patients, modern psychiatry can manage depression even within a few weeks, using psychotherapy combined with antidepressants. Unfortunately, it is often the case that the depression returns, sometimes after a few months, sometimes after years. That is why it is good to bet on prevention as well. There are various methods of treating depression, from pharmacotherapy, psychotherapy, phototherapy to electroconvulsive therapy.

In addition to pharmacological treatment, it is a good idea to include physical activity and follow a suitable diet. Natural alternative methods can also be used, which, such as hemp seed extracts (CBD), are becoming increasingly popular. And they owe it not only to the very positive feedback from people who use CBD oils. More and more scientific studies are proving the effectiveness of cannabidiol in the treatment of depression. It is worth noting at this point that it is a 100% natural product of plant origin.

Depression and the endocannabinoid system

The endocannabinoid system is one of the most important systems in the human body, involved in many of the key physiological processes within it. Among other things, it regulates energy metabolism, neurohormonal and neuroimmune connections, fat metabolism, motor activity levels, mood, hunger and satiety and many other vital functions.

Among other things, this system contains a transmitter called anandamide (AEA), which is naturally produced in the brain. And the production of this neurotransmitter is stimulated by, for example, physical activity or massage. It is used by the body to maintain, among other things, mental balance.

Research indicates that high levels of anandamide can have a positive effect in offsetting both anxiety and depression. And interestingly, CBD oil is also thought to have the ability to increase natural anandamide levels. But this is not a direct effect. Cannabidiol inhibits the enzyme FAAH, the molecule that breaks down AEA into other compounds. As CBD interferes with this process, anandamide levels do not decrease and, moreover, the desired one lasts longer.

CBD's effect on anandamide levels is only a prelude to how positively this cannabidiol affects the treatment of depression. Of much greater importance is its ability to maintain the normal function of serotonin 5-HT1A receptors. When these receptors are not functioning properly, then anxiety occurs, which, if sustained over time, leads to depression. If, on the other hand, the serotonin receptors are maintained at the right level, the risk of depression decreases significantly. When dealing with a depressed person, on the other hand, this process starts to slow down.

It works in such a way that when the amount of serotonin (the happiness hormone) after taking the CBD oil increases, then levels of perceived anxiety and symptoms of depression begin to decrease.

In a nutshell, therefore, it can be said that the more CBD in the body, the more serotonin in the synapses. This is because cannabidiol binds to serotonin receptors, but also indirectly increases the production and 'output' of serotonin. Because CBD oil from hemp seed has the ability to regulate serotonin levels in the body, it can be helpful in the treatment of depression and anxiety.

It should be noted, however, that anyone struggling with depression and under the care of a doctor or therapist, and taking psychotropic medication, must declare this intention before reaching for CBD oil to combat depression. CBD oils This is because they can interfere with the effects of drugs, most often weakening them. However, when medication is not used, it is worthwhile to support even psychotherapy with CBD oils. This is all the more so because cannabidiol also promotes proper sleep, has a calming, tranquilising and relaxing effect, without being a psychoactive preparation. Its action is therefore comprehensive.

Both depression and anxiety are areas that have been very actively researched by scientists in recent years. They are publishing their research results on an ongoing basis, which are increasingly promising.