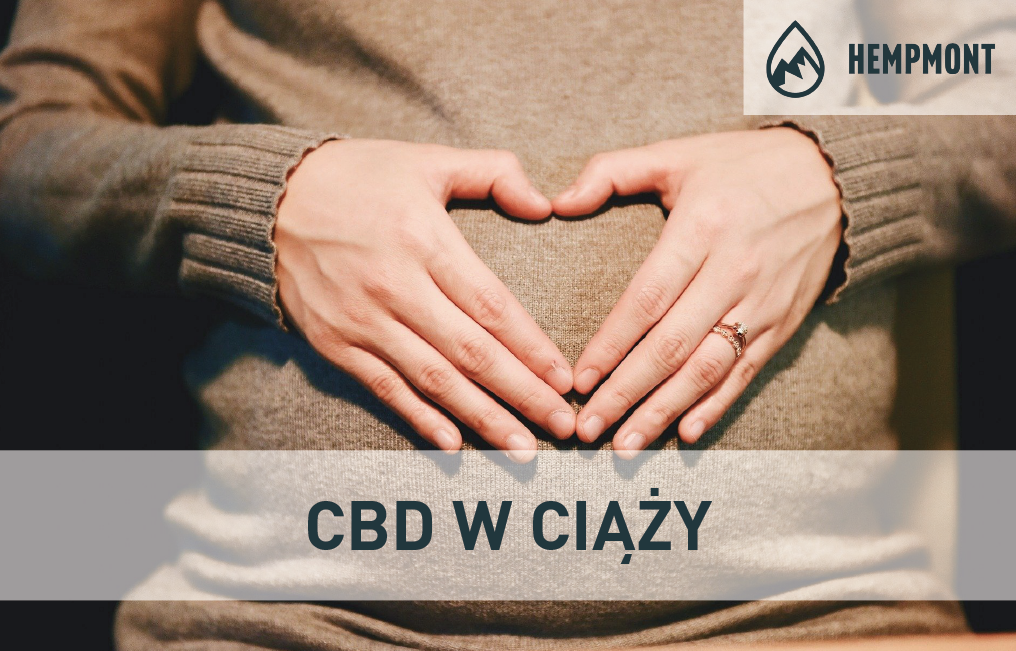 Even the proverbial vitamin C can be taken in excess. And already the use of CBD oils during pregnancy is a sensitive topic, to say the least. And the scientific research is simply not there yet. Surely it is important what a given CBD oil contains. This is because there is hemp rich in THC (cannabis - commonly known as marijuana), with traces of THC or devoid of THC altogether, such as the hemp seed from which CBD oil is extracted.

CBD oils have predetermined THC standards, the amount of which cannot exceed 0.2%, ensuring that such an oil is unable to intoxicate an adult. But it is certain that some amount of the substance penetrates the foetus via the placenta. Unfortunately, there is no research on this and it is not known how much or what effect it has on the baby. Is it therefore safe to use CBD oil while pregnant? In the following article, we will try to provide as much information as possible on this subject.

Why are there no research results on the effects of CBD oils on pregnant women?
There are several reasons why there are no studies on pregnant women using CBD oils. First of all, such research is considered unethical. And human experimentation (that would be the status of this research), would have to have ethical status in order for the teams involved, which have extremely high criteria regarding ethics, to agree to it.
However, there are doctors who, based on their observations of patients using CBD in pregnancy, formulate positive conclusions for the use of cannabidiol in pregnancy. We are referring to a researcher in this field and president of Medical Marijuana, Inc. Dr Titus, who believes that the benefits of CBD use have to do with the endogenous cannabinoid system found in the human body. He believes that many people's bodies are deficient in cannabinoids, resulting in a range of ailments, from chronic fatigue to fibromylagia (manifested by chronic, generalised muscle and joint pain and the presence of so-called 'tender points', areas of the body with excessive sensitivity to pressure) to early-onset dementia. So, following this logic, a diet rich in cannabinoids could be beneficial for both the pregnant mother and her baby.
But we emphasise, this is an isolated voice, confirmed only by observations and not by clinical studies.
Another reason why it is difficult to conduct research on pregnant women is that the results are extremely difficult to interpret. This is because many chemical processes take place during pregnancy that do not happen in the bodies of women who are not pregnant. Therefore, testing the effects of supplements and their safety may produce completely different symptoms, and the body may react differently to them.
There is another important reason why it is difficult to carry out tests on pregnant women. Such studies would have to be extremely meticulous and therefore lengthy, making them extremely expensive. In an era when more properties of CBD are being discovered and comprehensive studies are being conducted on the effects of cannabidiol on drug-resistant epilepsy, MS, anxiety disorders and many other illnesses, research on its effects on pregnant women stands at the grey end of the queue.

CBD oils and pregnancy - safe or not?

We write in every article that the use of CBD oils is safe and the side effects are really minor. And you really would probably have to drink glasses of the oil to overdose on it. But pregnancy, however, is a different story. And specialists advise against using supplements that have not been tested for this.

It should also be made clear that there is no evidence that CBD oils harm pregnant women. No one has carried out such studies and observations do not support this either. It is therefore clear that until such studies exist, doctors will not recommend their use to pregnant women, if only because of the THC content, albeit a minimal amount. And this applies not only to CBD oils. There are plenty of other dietary supplements whose use is discontinued when pregnant precisely because no reliable studies have been carried out on their safety.

When using CBD oils, it is still important to consider their origin. This is extremely important, as consuming cannabidiol from an unverified source or from a producer who does not publish the source of the cannabis, as well as certificates confirming that the oil has been tested for contaminants, can have serious consequences. This is because such oil may be contaminated with pesticides, heavy metals, bacteria and fungi. It may also contain a much higher dose of THC than that permitted by law, and THC, as a psychoactive substance, is undoubtedly harmful to a foetus or a breastfed child.

It is also worth mentioning at this point oils which, unlike the standard ones, are completely THC-free, but contain the full spectrum of other cannabinoids along with CBD. We are referring here to the Broad Spectrum oils. They therefore appear to be safer for use during pregnancy.

There is another group of CBD oils, also devoid of the psychoactive THC, but also most other cannabinoids, making it essentially a pure CBD oil. These are the oils in the IsoPure series. They are much cheaper than oils with the full spectrum of cannabinoids, but they lack that part of the benefits that the combination of all cannabinoids brings. This, however, makes them seem much safer for use by children, pregnant women, the elderly or professional drivers.

While there are no scientific studies on the use of CBD oils by pregnant and breastfeeding women, it is known that women use CBD oils and share their experiences. At the same time, there is a lot of research on the positive effects of CBD oils on various ailments that happen not only to pregnant women:

Given everything we have written about above, it is impossible to say with certainty that CBD oils are completely safe or that they harm pregnant women. Therefore, every adult must know how to take care of their own health and what to use in order not to harm themselves or, in this case, their child. It is important to consult a medical doctor and to use supplements in moderation.